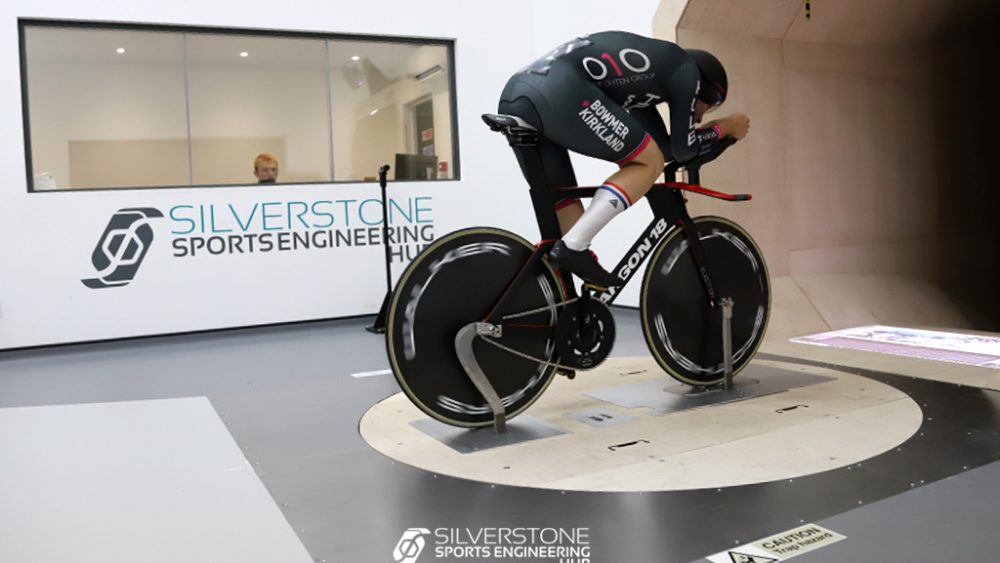 The Sports Performance Wind Tunnel is running and open for business! The months of planning, building and all round hard work have paid off with the completion of the SPWT. We are excited to see what free speed can be gained from the new techniques, body positions, bikes and clothing that can be tested inside.

How does the SSEH Sports Performance Wind Tunnel work

Air is drawn into the tunnel aperture by the fan at the rear. As air moves through the tunnel, it first passes through a series of screens to smooth the flow and reduce turbulence. As the tunnel narrows, it accelerates the airflow to the desired test speed and helps to further control turbulence. The athlete is positioned in the test section, at the centre of the flow on a force measurement rig called the ergo. The ergo can also be rotated (“yawed”) to reproduce crosswinds. By using an open-jet configuration, the air can spread around the athlete and replicate real-world conditions.

The flow then passes through the fan, which drives the entire system. The final element of the wind tunnel is the diffuser. This section slows the air speed down to allow the air to recirculate in the building and reduce running costs.

The SPWT was manufactured by the team at Sports Aero Solutions. With TotalSim, Chris Broadman and KWSP they saw an opportunity to revolutionise the sporting world in relation to the aerodynamics of sports.

Cyclists and triathletes – in fact athletes in general – routinely measure speed to the fraction of kph, record heart rate to the beat and power to the watt. They are obsessed with numbers – so it is ludicrous that knowledge of air resistance, the force they spend up to 90% of their energies overcoming, is minimal. A tiny fraction of the very best athletes in the world get to spend a few precious hours in a wind tunnel (usually designed primarily for the needs of the motor industry). For the vast majority of sports people, this all important knowledge is gleaned from articles in magazines and hearsay. This is because the only ways to accurately measure the effect of positional changes and equipment choices on performance, are both prohibitively expensive and hard to access. SASL will change this paradigm by delivering wind tunnel time at a fraction of the cost of the traditional solution.

For more information on our services please contact us at info@silverstonesportshub.co.uk or on 01327 222830.